Below you will find the latest News and Catch Reports from Theale Fisheries.

Thanks to Dan for two reports from mid September with a couple of Island Lakes most sought after fish. 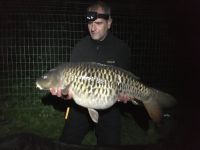 In mid September Dan banked the largest of the fully's at 25lb 4oz as part of a five fish catch with four other doubles and then returned a week later to bank a new Island Lake Pb in the shape of this 29lb 4oz mirror. 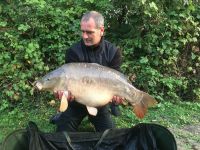